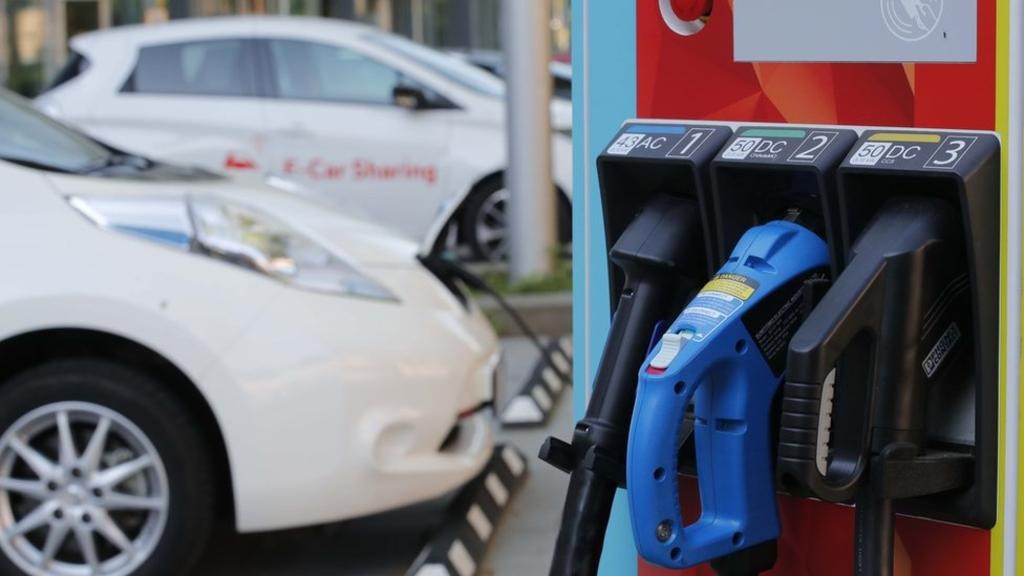 A team at the University of Glasgow has created a prototype system that could revolutionise travel.

The technology uses a metal oxide – described by researchers as an “exotic rust” – that can be charged with electricity when added to water.

Drivers would use filling stations to refuel their electric cars, driving away instantly once a battery is full.

Prof Lee Cronin, who is part of the research team, said the liquid battery could hold the key to making electric cars a viable option to fossil-fuelled vehicles.

Prof Cronin told BBC Radio’s Good Morning Scotland programme: “This will overcome a big kind of cultural inertia – you can get instant refuel in the same way, with no change to your behaviour now.

“Because it’s a liquid it would just work as normal using the same infrastructure.

“It will certainly be a game changer if we can make sure that the prototype scales as we expect.”

Drivers would remove the spent “rust” liquid using a withdrawal nozzle at the pump.

They would then use a second nozzle to refill the battery with fresh liquid from the pump.

The Glasgow team said the liquid would provide the same range of miles as conventional fossil fuel.

And Prof Cronin said his liquid battery did not age in the same way as current electric systems.

He also said their capacity – the amount of energy they can carry – was higher.

The team said the process of making the liquid was not too difficult but scaling up production was the next challenge.

The technology could also be used to keep power domestic energy supplies.

A small prototype is being upscaled at present – and everything seems to be going well, according to researchers.

Prof Cronin said: “If you are going to shift to electric cars, recharge time seems to be an almost unstoppable barrier because you are going to have to plan – even with a super-charger – a half-hour to 45-minute wait.

“And then there’s the anxiety of whether you have got enough charging stations.

“I can see a situation where you would have petrol and liquid battery co-existing for a while.”