University classes are set to be given a futuristic spin by letting lecturers appear as hologram-like apparitions beamed in from afar. 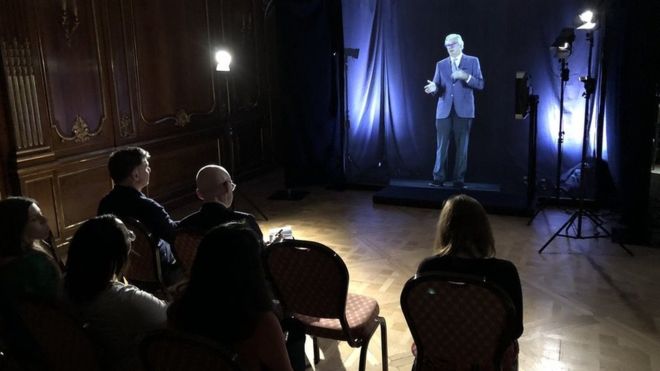 Imperial College London will show off the technology at a special event later on Thursday before deploying it more widely.

It believes it will be the first academic body to do so regularly.

A similar effect has been used to animate images of Michael Jackson, Elvis Presley and other celebrities.

Imperial will initially limit its use to its Business School’s activities but expects the technology could eventually become common.

“The alternative is to use video-conferencing software but we believe these holograms have a much greater sense of presence,” Dr David Lefevre, director of Imperial’s Edtech Lab, told the BBC.